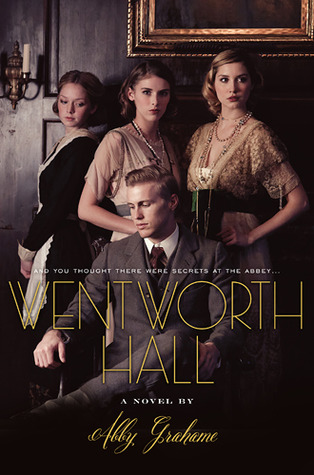 The prettiest people often have the ugliest secrets…

Eighteen-year-old Maggie Darlington has turned into an entirely different person. The once spirited teen is now passive and reserved. A change Lord and Lady Darlington can’t help but be grateful for.

It’s 1912, and the Darlingtons of Wentworth Hall have more than just the extensive grounds to maintain. As one of Britain’s most elite families, they need to keep up appearances that things are as they have always been…even as their carefully constructed facade rapidly comes undone.

Maggie has a secret. And she’s not the only one…the handsome groom Michael, the beautiful new French nanny Therese, the Darlingtons’ teenage houseguests Teddy and Jessica, and even Maggie’s younger sister Lila are all hiding something. Passion, betrayal, heartache, and whispered declarations of love take place under the Darlingtons’ massive roof. And one of these secrets has the power to ruin the Darlingtons forever.

When scandalous satires start appearing in the newspaper with details that closely mirror the lives of the Darlingtons, everyone is looking over their shoulder, worrying their scandal will be next. Because at Wentworth Hall, nothing stays secret for long.

I picked this up wanting some more Downton Abbey-like drama. This was a disappointment. The story ended up being pretty boring. There was a good deal of drama but I couldn’t seem to get myself interested in the stories. It was hard to care about these characters when they weren’t very likeable.

For the most part the characters weren’t horrible. They were mostly okay people. They were just boring for my taste. All the characters were pretty cookie cutter. A nanny who is a secret child. The oldest girl had an affair with a member of staff which resulted in a pregnancy. You’d think those would make for interesting characters but not really. I really wanted to like someone. I wanted to have someone to cheer for but that never came.

The storylines were all pretty boring as well. The house in need of money. The oldest girl will most likely be married off to get money back into the family. Secret pregnancies. None of those are new or exciting. There weren’t even any twists on the ideas to make them interesting.

I wish I had something more exciting to say about this book but it was pretty boring and unremarkable.