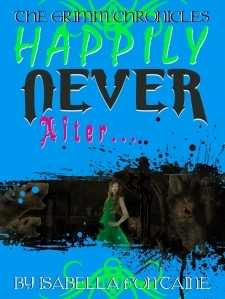 200 years ago, the Brothers Grimm unleashed their stories upon the world.

Now the characters of the Grimms’ stories walk among us. With every day that passes, they grow more evil. They are the Corrupted, and only a hero can save them.

For 18-year-old Alice Goodenough, that means taking precious time off from her summer vacation. In addition to volunteering at the local library, Alice must stop the Corrupted who are now actively hunting her down. With the help of her magic pen and her trusty rabbit friend, the world has suddenly gotten a lot more complex. The Corrupted are everywhere, and only Alice can see them for what they truly are.

In this world, Heroes have been around for a while so some of the creatures from Grimms’ tales have already be taken care of. I’m hoping that means we’ll get to see Alice fight some of the lesser known people and creatures from the fairy tales. In this installment, she fights the frog prince and one of Snow White’s dwarfs.

I’m loving the research that they’re doing. Alice is putting in her time at the library to good use and doing research while she’s supposed to volunteering. Briar has just discovered the magic of the internet and is using it to help out.

I’m still undecided on how much I like Alice but I’m enjoying her story. 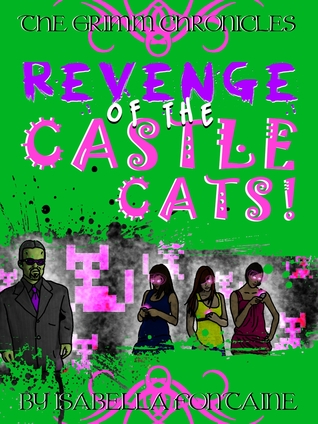 After being rushed to the hospital, Alice Goodenough finds herself trapped in the worst dream imaginable: a horrible monster is stalking her in the darkness, making its way to the hospital. It will stop at nothing to kill her.

And that’s not the worst of it. All across the city, people are growing more addicted to Castle Cats, a smartphone game created by Grayle Incorporated. And it’s not just a game. The more you play, the more it controls you. Soon, Alice learns that the dwarfs who run Grayle Incorporated are watching her everywhere she goes, using human beings to spy on her.

There must be a confrontation. Sam Grayle and his brothers have to be stopped. And Alice is going to need help.

I have to say I’m pretty pleased with the progress in this book. Storywise it was about on par with the other installments. We meet a new Corrupted, Alice researches how to deal with it, and Alice kills the Corrupted. While it’s not new and different, it’s still a fun read. The biggest twist in this episode is Alice makes a deal with a Corrupted. I’ll be interested to see how that choice plays out in the series.

In this episode we’re reintroduced to Alice’s best friend Seth. I really hope he sticks around! He’s a good friend and he’s smart. Big bonus points for there being no romance between him and Alice. I’m sure the big reason for that is he’s technically dating Trish. I’m hoping even if they break up, he and Alice still remain awesome partners.

The bottom line? I can’t wait to see where the series goes!

2 thoughts on “Quick Thoughts: “Happily Never After” and “Revenge of the Castle Cats””