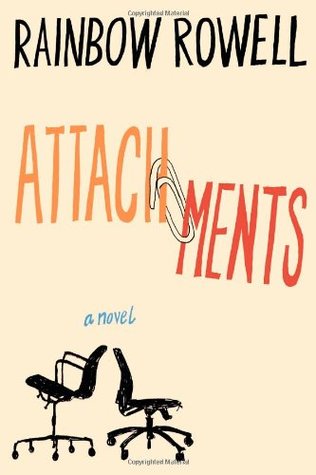 “Hi, I’m the guy who reads your e-mail, and also, I love you . . . “Beth Fremont and Jennifer Scribner-Snyder know that somebody is monitoring their work e-mail. (Everybody in the newsroom knows. It’s company policy.) But they can’t quite bring themselves to take it seriously. They go on sending each other endless and endlessly hilarious e-mails, discussing every aspect of their personal lives. Meanwhile, Lincoln O’Neill can’t believe this is his job now- reading other people’s e-mail. When he applied to be “internet security officer,” he pictured himself building firewalls and crushing hackers- not writing up a report every time a sports reporter forwards a dirty joke.When Lincoln comes across Beth’s and Jennifer’s messages, he knows he should turn them in. But he can’t help being entertained-and captivated-by their stories.By the time Lincoln realizes he’s falling for Beth, it’s way too late to introduce himself.What would he say . . . ?

A big complaint that reader have about books is focus on telling rather than showing. Most of the time we don’t want to be told a character is XYZ, we want to be shown that they are XYZ. Rowell breaks that rule in this book because we really only ‘see’ Beth and Jennifer through their emails. We almost never see them. All of their character development comes from what they’re saying to each other. I was a bit worried because that’s a brave choice to make but it really, really worked. I was able to care for Beth (and even Jennifer) just by reading their emails like Lincoln.

I was able to see Beth and Jennifer as fully developed people. They were very real people. You could picture them and almost imagine them as your neighbor or coworker. I really liked that Beth was a normal amount of quirky. She’s terribly sarcastic, rolls her eyes at her sisters Sorority sisters, and claims the cute boy at work as hers (despite the fact that she doesn’t know who he is). I could picture myself doing the same things. She’s not a Manic Pixie Dream Girl which is always good.

Lincoln’s story went the more traditional storytelling route. He had a great story. I liked that his story wasn’t solely focused on Beth. He struggled with getting over an ex, making the decision to move out, and trying to be social with his friends again. He really is a good guy. I’m really glad he felt so icky about reading the emails and his struggle with that. It really is a bit ethical issue. Yes, it’s part of his job but he didn’t need to get so involved with it.

Despite all the weirdness, I enjoyed the romance. It’s certainly not a normal romance. It was a bit of a weird mix of instalove though. Sure, Lincoln fell for Beth by reading her emails and not seeing her. That’s fantastic. But then after everything that happens, they make out in a theater and before long they’re a couple?  Come on Beth hardly knows anything about him! I’m not too concerned about it though because you see how good they are together and you’re been cheering for this throughout the whole book.

The bottom line? It’s a different type of romance that worked out pretty well!

I read this as part of my Reading Outside the Box Challenge. This was for my  Romance square. See my progress here.