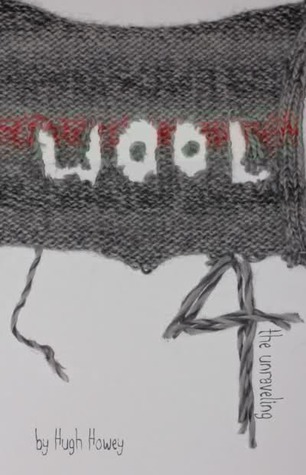 “The Unraveling (Wool #4)” by Hugh Howey

Nobody knows what went wrong. Nobody talks about what happened. Such are the silo taboos.

Now, nearly two hundred years later, the people of the Silo will get a chance to learn more about that distant uprising.

They’ll get to start one of their own…

The story really picks up in this part. There are have been hints about what has happened in the past but things are really brought into light with this story. There’s at least one other silo out there and someone is alive in it. At this point, all the elements that have been laid out in the other novellas are starting to come together. You can see it but you’re not sure how it’s all going down. You can’t put the book down.