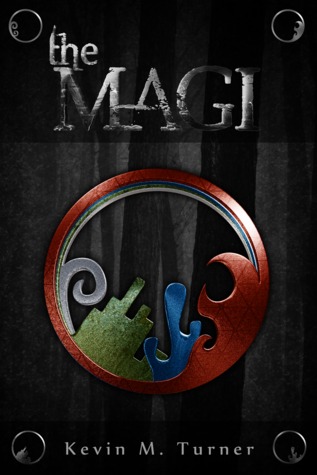 i” by Kevin Turner

Source: Contest from the author

Thirteen-year-old Elijah Hawk has never heard of the Magi. He doesn’t know about the secret power they have. He has never been to Savenridge, the Magi city hidden deep inside the northern forests. Most of all, Elijah is unaware of the dangers hunting him, in search for something he has. After one terrifying night, however, all of that changes!

On a quest to solve the murder of his parents, Elijah stumbles upon the land of the Magi. Learning their secrets and training with their power is the least of his problems. In order to find out why his parents were killed, Elijah learns that he must confront the dangers that are hunting him. What’s more terrifying is learning that stumbling upon this new world of the Magi may not have been an accident afterall.

This was an interesting story.  Many other reviewers said Harry Potter fans should check it out. So as the Harry Potter fangirl that I am, I decided to get the book. The story is similar to HP and Percy Jackson in that we have Elijah who is quickly whisked away to a school to learn about a whole new world. It was similar enough to the ‘other’ stories to capture people’s attention but also was its own story to keep the reader interested.

I thought it was really cool that the author built a whole new world. Mythology, paranormal creatures, and wizards have been done before. He created the Magis which I don’t believe have been done this way before.

This book is self published so things are a bit rough around the edges. The ideas behind the story were very good but the execution felt a bit flat. Basically it could have used a professional editor and tightened the writing up a bit more. It would have been much smoother sailing. The story is almost there but not quite.

The pacing of the story really bothered me. It moves way too quickly. The author would introduce one idea and then quickly move on to the next thing so you can’t really fully appreciate/understand what happened. It was like he focused too much on telling me about this world instead of showing me. Because of this, I  couldn’t connect with characters.

The bottom line? It’s an enjoyable book if you can look past some self publishing problems.